"The yearlong brawl among Democrats about how to tackle climate change has produced a counterintuitive result: The divided party seems to be working more closely than ever.

Environmental activists and establishment Democrats were feuding two months ago over who should challenge a president who rejects climate science. Since then, there's been a flurry of coalitions and partnerships launched to heal the party's internal wounds.

It's a sign that the party's climate machine is roaring to life in ways not seen in 2016, or perhaps ever. 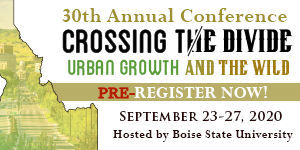