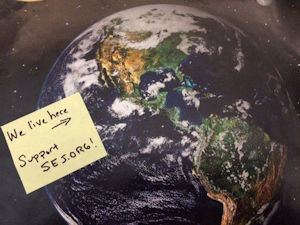 These are important times for environmental journalism. Washington has been taken over by an administration that works to reverse environmental regulations and has been openly hostile to journalists and journalism. We need your support to ensure that the Society of Environmental Journalists can continue its important work supporting hard-hitting environmental reporting. As a nonprofit, we rely on your donations to help us make that work possible. Can you make a gift now? Please give generously and share SEJ's donor link with your followers today: www.sej.org/donate-sej. Now more than ever, you make the difference!

Environmental coverage is keeping the change. Thank you. 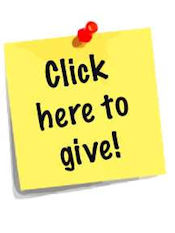 *   The list does not include names of those who requested anonymity.

You may support SEJ in its mission — to strengthen the quality, reach and viability of journalism across all media to advance public understanding of environmental issues — by making a tax-deductible donation.

Alternatively, donors with a Donor Advised Fund can initiate a grant recommendation directly from our website.

Programs and operations of the Society of Environmental Journalists are funded by foundation grants in response to SEJ proposals, media company contributions, earned income, university, media company and foundation sponsorship of the annual conference, occasional regional events, individual donations, and unrestricted contributions of general support up to $15,000 from diverse sources.

SEJ does not seek or accept corporate, advocacy group or government sponsorship of the annual conference. Diverse sources participate in SEJ's annual conference as advertisers, exhibitors and hosts of independent hospitality events. These activities do not designate or constitute program sponsorship. All program agenda choices, editorial choices for publications, winner decisions for fellowships, awards and mini-grant winners are made at the sole discretion of SEJ staff and volunteer program leaders, independent of any organizational revenue source, including foundation underwriters, individual donors, advertisers, exhibitors, and university and media company hosts of annual conferences. For more information on policies of the Society of Environmental Journalists, see www.sej.org/about-sej/financial-policies.

Many foundation grants to SEJ are awarded as general support. Grants received by SEJ for specific projects are based on proposals that originate from SEJ's executive director, with guidance from the Board of Directors. Sources of earned income for the organization include conference registration fees, conference exhibitors, IHEs, and advertisement fees, membership dues, mail list rental, and subscription fees.

All programs and services of the Society of Environmental Journalists are designed by journalists to strengthen and increase news coverage of environmental issues.