The Internet resources below are useful for journalists covering environmental issues in Canada, as well as for those covering trans-border issues. To find more Canadian links on SEJ.org, do one of the following: a full-site search OR a filtered search using the options on the right-hand side of this page.

Know of a resource we should add to this page? Send your suggestion to SEJ web content manager (and fellow Canadian) Cindy MacDonald.

Canada Energy Regulator
Formerly the National Energy Board, the CER has taken up regulatory tasks such as regulating pipelines and oil and gas transmission.

Canada in a Changing Climate: Advancing our Knowledge for Action
The national assessment of how and why Canada’s climate is changing; the impacts of these changes on communities, environment and economy; and adaptation strategies. Completed assessments.

Canadian Council of Ministers of the Environment
Encourages intergovernmental cooperation on regional environmental issues such as toxic air pollution.

Canadian Museum of Nature
The Museum's press room offers the latest news, research, discoveries and insights in natural history and biodiversity in Canada and around the world; access to experts in many fields of natural history, science, education and museology; concepts for science journalists (of any nationality) to know when interviewing a palaeontologist; and more. Aussi en Français.

Fisheries and Oceans Canada
The federal institution responsible for protecting and managing Canada's waters, fisheries and oceans resources. Canada's coastline is the longest in the world, with its seabed representing an area two-thirds the size of its landmass. Canada's Oceans Strategy, 2002 (PDF).

Impact Assessment Agency of Canada
This agency, formerly known as the Canadian Environmental Assessment Agency, is a division of Environment and Climate Change Canada that reports to the federal Minister of the Environment. It leads all federal reviews of major resources projects, looking at pros and cons of environmental, economic, social, and health impacts of potential projects.

Standing Committee on Energy, the Environment and Natural Resources
Parliament site on a range of environmental issues.

CitizenShift
Produced by the National Film Board of Canada; submit your socially engaged audio pieces (documentaries, interviews, discussions, experimental) to be hosted on the CITIZENShift website as part of its weekly podcast series.

Environmental Journalism Canada
SEJ board member Bill Kovarik, teaching an environmental journalism class at the University of Western Ontario in London fall of 2009, has along with his students implemented this wiki that "involves science and environmental sources and special concerns for Canada which might make a useful teaching aid for anyone working in this area in the future." Anyone who wants to contribute to the wiki, or use information from it, is free to do so. Email Bill to receive an invitation to write into the document.

The Green Majority
This environmental feature originates as a radio show, rebroadcast as a podcast, from CIUT 89.5 F.M. in Toronto, Ontario. It includes environmental news headlines from across Canada, plus in-depth features and interviews, such as this enlightening October 12, 2007, edition on the Alberta tar sands.

Alternatives Journal
Based at the University of Waterloo, this bimonthly publication is the official journal of the Environmental Studies Association of Canada.

Canada Green Building Council
The Canadian equivalent of the USGBC, CaGBC is a coalition of design/building industry reps.

Canadian Environmental Law Association
This Toronto-based clinic works in the realm of human health and environment, providing free legal services to people and groups across Ontario that qualify for legal aid, seeking justice for those harmed by pollution and by working to change policies to prevent such problems in the first place. They represent low-income individuals and communities and speak out for those with less influence who receive less of a say in decision-making.

datalibre.ca
FOI blog with a strong interest in environmental issues. The project is "a loose collection of data activists, who wish to collect, disseminate, and discuss issues around access to government data in Canada." Although the model is one of open collaboration, the project was started in June 2007 by Carleton University geographer Tracey Lauriault and Montreal writer Hugh McGuire.

EcoLogo
This program, launched by the federal government in 1988 and currently managed by TerraChoice Environmental Marketing, is the only North American standard accredited by the Global Ecolabeling Network for environmental labelling of goods and services.

Environmental Defence
Nonprofit group supports research and public education on a variety of environmental issues. Coordinates a Young Reporters for the Environment program for students ages 11 to 18.

BC Freedom of Information and Privacy Association
A non-partisan, non-profit society, established in 1991, promotes and defends freedom of information and privacy rights in Canada. The society helps empower citizens by increasing their access to information and their control over their own personal information via public education, public assistance, research, and law reform.

Nature Conservancy of Canada
Works in every province to conserve ecologically significant land across the country.

Open Government Canada
A new Freedom of Information coalition seeking a national voice for FOI users. Started primarily by a group of journalists associated with the Canadian Association of Journalists, OGC seeks to help educate, assist and advocate on behalf of people who use the federal Access to Information Act and provincial freedom of information laws.

PollutionWatch
A joint effort of the Canadian Environmental Law Association, Canadian Institute of Environmental Law and Policy, and Environmental Defence Canada. Type in an entire or partial postal code to see what sources of pollution occur in that area; find maps and lists of top polluters in Canada; detailed definitions and explanations about the NPRI and pollution regulatory information from provincial to international levels; analyse pollution trends from 1995 to 2001.

Sources Select Online Directory
A free directory, operating since 1977, for journalists, writers, editors, and researchers which lists experts and media spokespersons in Canada and internationally, cross-indexed by areas of expertise, for thousands of issues and topics. Sources also provides a news release service, an events calendar, and media lists.

Tools of Change
This freely accessible, Ottawa-based website features almost 200 full-length case studies of communities that have become healthier, safer and more sustainable by helping their citizens voluntarily change their habits. All of the programs have measured their success in changing common habits like throwing away recyclables, driving everywhere alone, reducing energy and water consumption, and more. The stories show what has been done and what might therefore work in the locale you cover.

At-a-Glance Tools and Opportunities for Journalists 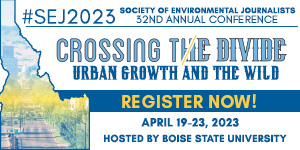 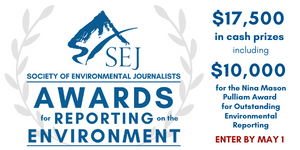