Fourth National Climate Assessment: Reducing Risks Through Emissions Mitigation
Part of the 2018 U.S. government assessment report, this chapter assesses how improved understanding of climate science and impacts points to mitigation pathways. Sections cover the state of emission mitigation efforts, mitigation activities, risks of inaction, avoided or reduced impacts due to mitigation, and the interaction between mitigation and adaptation.

GHG Reduction Programs and Strategies
From the U.S. Environmental Protection Agency’s Center for Corporate Climate Leadership, a wide range of resources and guides for identifying and implementing emission-reduction opportunities, such as energy efficiency, renewable energy and waste reduction.

Climate Change Solutions in the U.S.
From NASA, a website on its role providing scientific data needed to understand climate change, with sections on mitigation and adaptation, Earth science in action and sustainability policies and resources.

Tackling the Climate Crisis Together
Information and views from the Organization for Economic Cooperation and Development on climate change mitigation and resilience, and on climate finance.

Rising to the Climate Change Challenge
Comprehensive information about the World Resources Institute’s climate program focused on the transition to a zero-carbon economy. WRI also manages Climate Watch, an online platform with open climate data and visualizations that track long-term strategies submitted to the UNFCCC and national net-zero targets.

Climate Change: Policy and Mitigation Fact Sheet
A factsheet overview of international and U.S. mitigation policies, instruments and strategies from the University of Michigan’s Center for Sustainable Systems.

Renewable Energy: A Key Climate Solution
A series of graphics on renewable energy, produced by the International Renewable Energy Agency, the lead intergovernmental agency working on energy transition through renewables. This report outlines how IRENA is supporting countries to enhance and implement their Nationally Determined Contributions (NDCs) and to meet climate pledges.

Renewable Energy Explained
An overview of the basics from the U.S. Energy Information Administration, with links to additional information and data.

Energy Efficiency and Climate Change
Resources from the American Council for an Energy-Efficient Economy, a research nonprofit that develops policies to reduce energy waste and combat climate change. Downloadable documents include the 2021 ACEEE City Clean Energy Scorecard and a 2021 report on the role of energy efficiency in meeting state climate goals.

U.S. Department of Energy, Office of Energy Efficiency and Renewable Energy
A comprehensive source of information about energy conservation and efficiency and renewable energy, including policies and programs.

Carbon Pricing 101
An explainer from the Union of Concerned Scientists.

What Is Carbon Sequestration?
A Land Trust Alliance backgrounder, with links to additional carbon sequestration information. See also these case studies of land trust mitigation projects in the U.S.

Climate Change and the Forest Sector in the UNECE Region
Basic concepts and additional resources from the United Nations Economic Commission for Europe, including information about the role of forests in the carbon cycle and carbon storage in harvested wood products.

Climate Adaptation Knowledge Network
CAKE bills itself as “the world’s largest and most used source of climate adaptation case studies and resources.”

Adapt Now: A Global Call for Leadership on Climate Resilience
The Global Commission on Adaptation’s flagship report, released in 2019. The Commission’s mandate ended in 2020.

Global Center on Adaptation
This international organization describes itself as “a solutions broker to accelerate action and support for adaptation solutions, from the international to the local, in partnership with the public and private sector.”

Toward Climate Resilience: A Framework and Principles for Science-Based Adaptation
A 2016 report from the Union of Concerned Scientists.

Adaptation to Climate Change in Urban Areas
A step-by-step guide to the Urban Adaptation Support Tool. This tool was developed by the European Climate Adaptation Platform, Climate-ADAPT, a partnership between the European Commission and the European Environment Agency.

Climate Change, Resilience and Informality
Information about a Cities Alliance program to build resilient cities and reduce both risk and vulnerability. Cities Alliance is a global partnership fighting urban poverty and supporting cities to deliver sustainable development, with an emphasis on communities in informal settings.

What is Climate Change Adaptation, and Why Does it Matter?
An overview from Yale Climate Connections.

Nature As Resilient Infrastructure
From the Environmental and Energy Study Institute, an overview of nature-based solutions for adapting to climate change impacts.

Climate Preparedness and Resilience
An overview of US Army Corps of Engineers policies, programs, projects, planning and operations.

World Water Development Report 2020 — Water and Climate Change
A United Nations Educational, Scientific and Cultural Organization report on the challenges, opportunities and potential responses to climate change, in terms of adaptation, mitigation and improved resilience that can be addressed through improving water management.

Rotating, Responsive, and Adaptive: Buildings Combat Climate Change
Ideas and examples from Urban Hub, “an interactive platform for people interested in the future of cities and smart mobility."

Climate Change and Agriculture
This explainer from the Union of Concerned Scientists covers impacts, solutions and policy recommendations.

Agriculture at a Crossroads: Findings and Recommendations for Future Farming
Information about climate adaptation and agriculture from Germany’s Zukunftsstiftung Landwirtschaft (Foundation on Future Farming).

Climate Change Adaptation in the Agriculture Sector in Europe
A 2019 report from the European Environment Agency.

Take Action in Your Home, School or Community
From Climate Generation, action ideas, toolkit and other resources.

CoolClimate Network
A university-government-business-NGO partnership based at the University of California, Berkeley. Programs include the Cool Campus Challenge. Resources include maps and a personal carbon footprint calculator.

The Climigration Network
A network of community leaders and practitioners working to generate equitable, just, community-led approaches to relocation for people most affected by the worsening impacts of climate change. 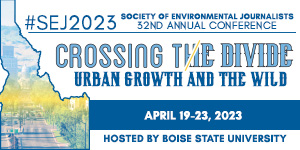